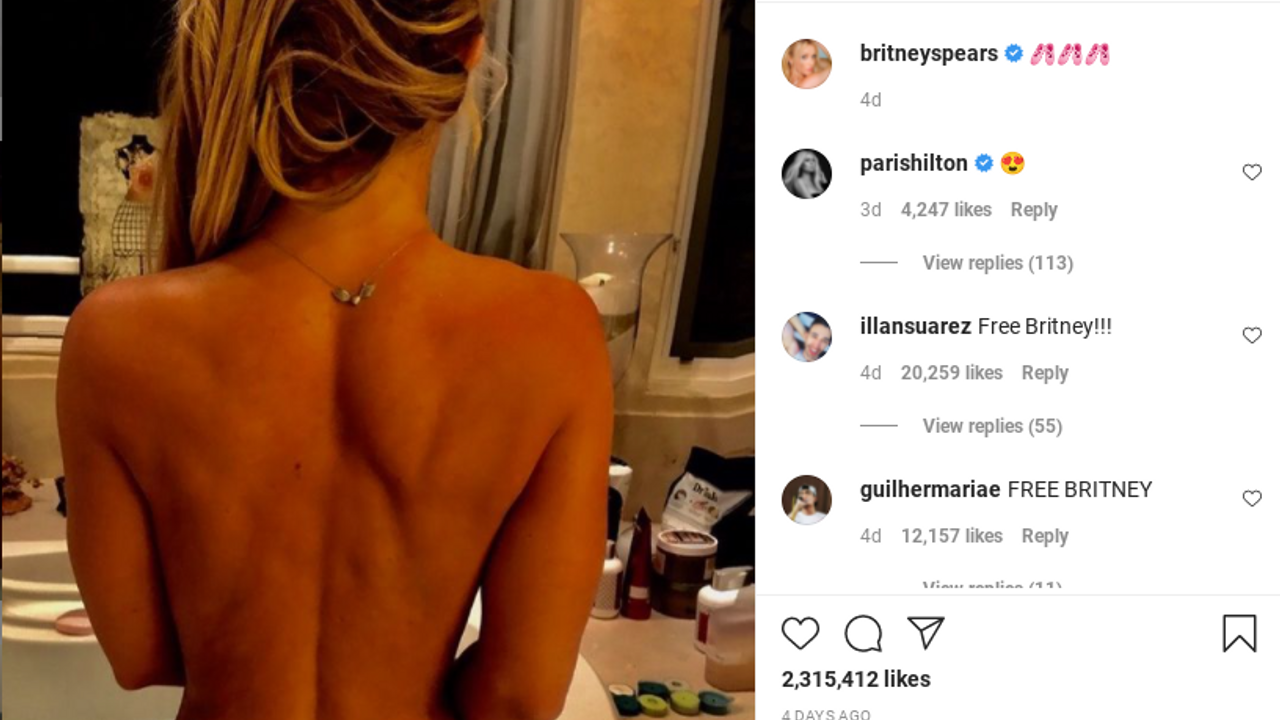 Recently, Britney Spears posted a selfie of her bare back on Instagram. And, since this is the internet…everybody lost their mind.

If you’ve been following Britney Spears for a long time, then you probably recognize that it was the image of “Kabbalah”, which is derived from Hebrew and was suggested by the singer Madonna to carry as a good luck charm in her life. She first received the tattoo in 2004.

However, the reason for the internet losing their mind may not be for the one that you think!

Since the inception of the #FreeBritney movement, Britney Spears has continued to show the internet as much as she can of herself, and that includes her “skin” if you know what we mean.

Does Britney Spears have tattoos?

Yes, Britney Spears has other tattoos aside from the back of the neck.

Other tattoos that Britney Spears has included a pair of dice, a fairy tattoo, lips kissing, and a small triangle.

If you’re interested in what those are, we’re sure there’s plenty of information online, but as far as our opinion at Removery, we aren’t offended.

At Removery we’re not here to judge or question anyone. That goes for you and any future clients, and yes, that even goes for global pop stars as well.

Everyone is their own unique, individual person, and at Removery, that’s how you’ll be treated.

So if you want to get tattoos and show ‘em off? Great!

If you want to show off your skin with no tattoos? Great!

You do you. We’re not here to question you.

It’s your skin, your rules.

We’re just here to help you do that the best that we can.